Why is my Logitech Harmony turning off my devices in parallel?

I have a projector (JVC x5500) which is stupid. It blocks remote control input for several seconds when the HDMI signal changes. So I need the AVR and HTPC to turn off after the projector. There for I have put it first in the list 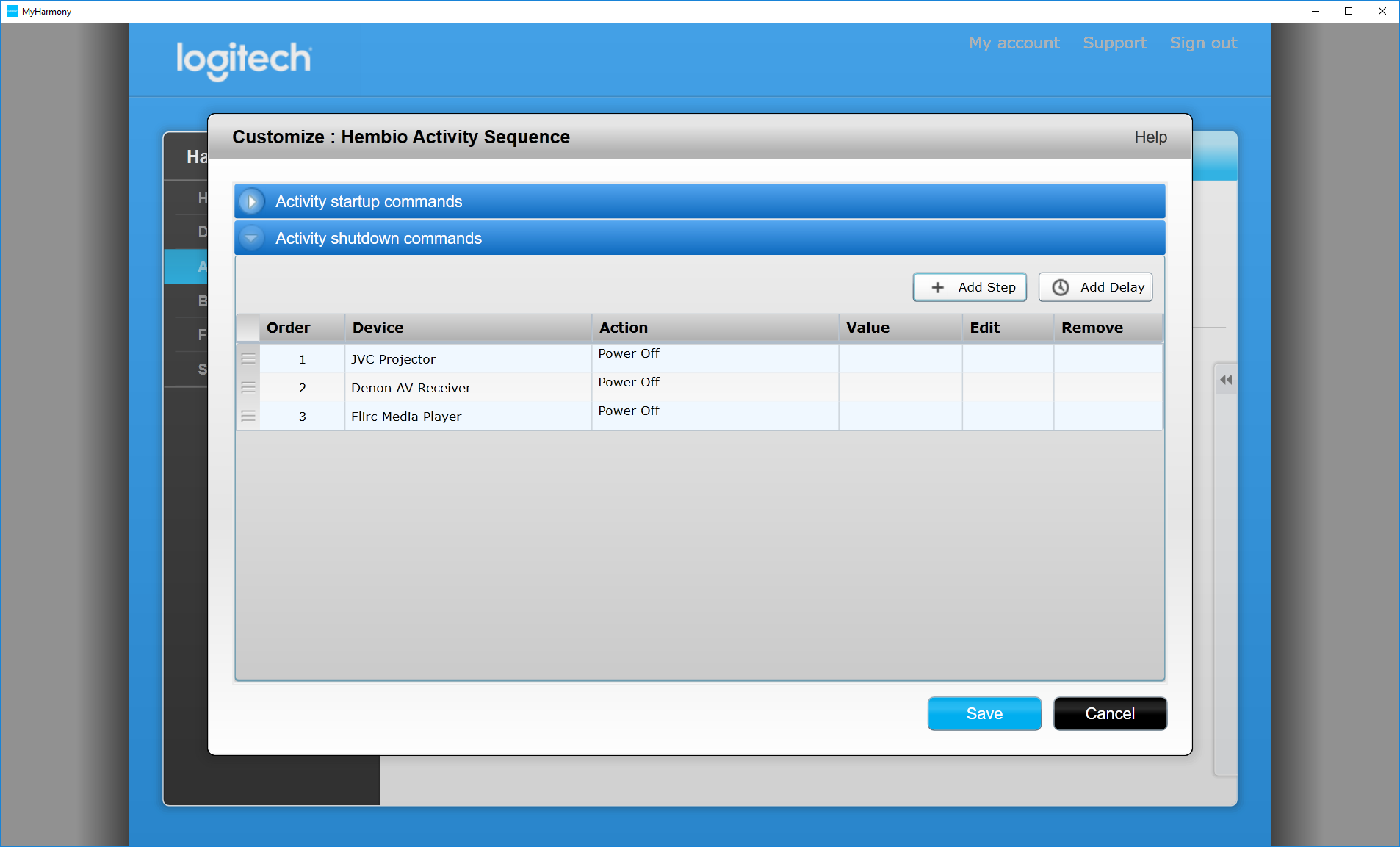 But my Harmony does not wait for the Projector to finish. It shuts down the AVR right away blocking my projector from shutting down.

I tried to explicitly do the shutdown sequence and then add a wait. But it turns out that the Harmony app filters away the shutdown buttons. 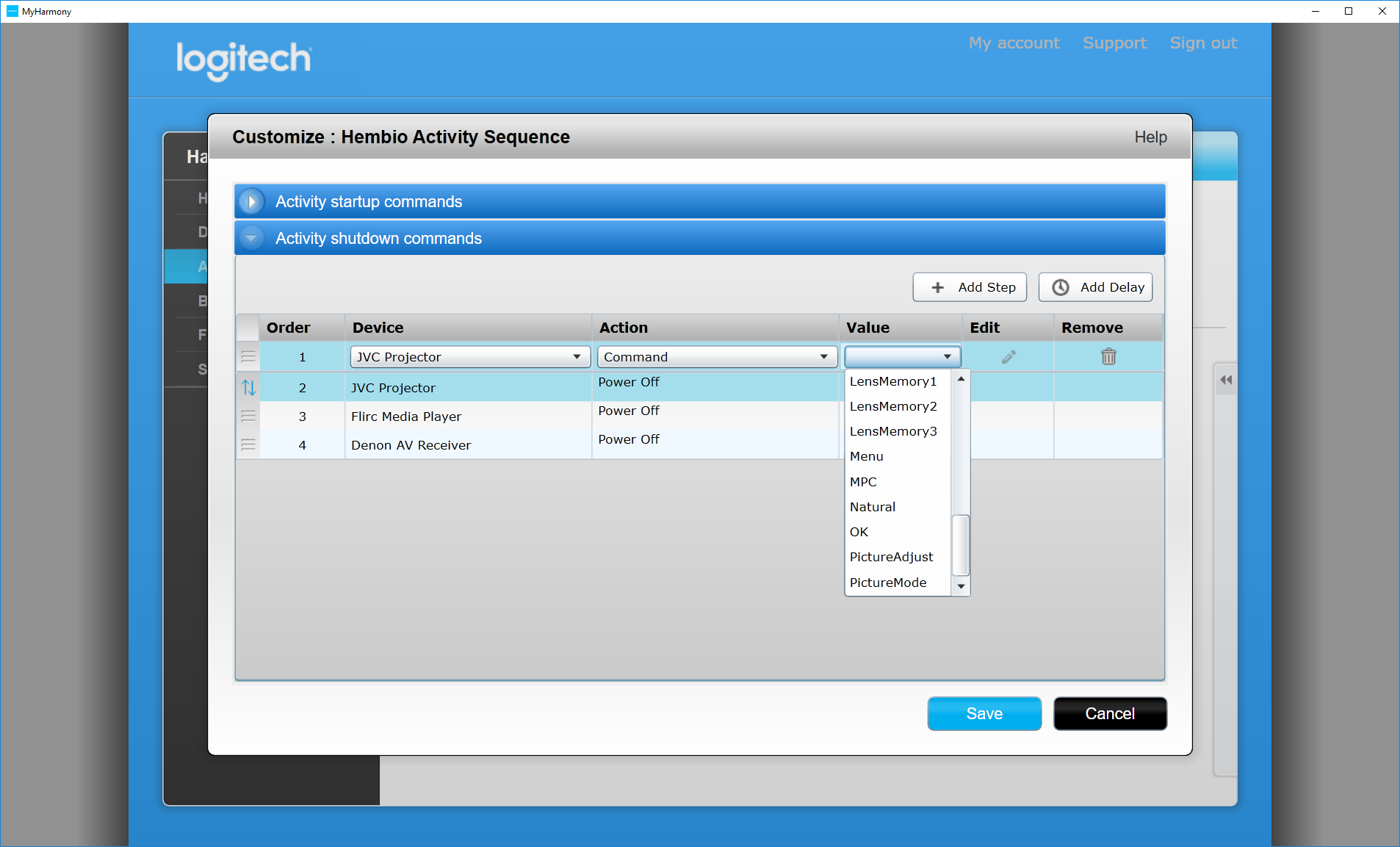 A bit of research seems to indicate that it's status by design. Check out here on their support website: they say:

To resolve the issue, you'll probably have to figure out how long it takes for your projector to turn off, and add a delay (with the button at top right) equal or greater than the longest time you would expect the projector to take to turn off.

Not the answer you're looking for? Browse other questions tagged logitech-harmony or ask your own question.

12
How to connect Google Home to Harmony hub through SmartThings
8
What can I actually do with a Harmony Hub?
9
Harmony Hub Security
2
How to create a “TV off” activity for Harmony Hub?
5
Starting LG Smart TV apps (other than Netflix & Amazon) with Harmony