How can I push data from car-mounted microcontrollers to a remote server?

Firstly, I'm a newbie in the IoT field. Hardware parts are quite new to me.

I want to make a small project. That is creating a box attached into a car that can keep track its location and temperature. And, inside the box, there should be a micro-controller (I'm thinking about Arduino due to ease of use), a temperature sensor, and a GPS receiver. Now, when the car is running, this box's function should be to push sensor data to a server for processing, and then I hope to write a web page to show them.

Currently, I'm in the researching stage. I have a concern that how to push data from the box onto server. Can you advise me some technologies as well as required hardware parts for doing that stuff? (And it is better if that technology can scale for a bunch of cars, because I want to make for a bus system, not only one car.)

To summarize, you want an Arduino, which is driving around in a car or a bus, to send some data to a sensor.

Firstly, you need to be clear whether you need this data in real time, or whether you can collect it during the drive and send it to the server at the end.

If you need real-time, then we can probably rule out WiFi, unless you are 1000% certain that there is always WiFi coverage (maybe Singapore?).

Which leaves us with the public telephone network. You can decide on cost/battery life (unless you will power the decide from the vehicle), whether to add a SIM / GSM module to an Arduino, or add a temperature sensor to a cheap Android 'phone.

You can ask for recommendations here, but it might be better at Hardware Recommendations Stack Exchange. In either case, please be clear about what it is that you want, and which features have priorities over others.

Your question here is about pushing data from the vehicle to the server. There are plenty of solutions which use SMS, generally because it is cheaper, but you should probably just use HTTPS and a standard CRUD RESTful API of your own design (unless the server has already specified an API).

If you can wait until the end of the trip, then you can just use WiFi when the vehicles get back to base.

Since you speak of buses, you might want to get adventurous. As buses drive around, they might store data until they reach a WiFi point and transmit it then.

OR, until they pass another bus.

Here's a slight rewording of my answer to this question - try to think of zebra as buses :-)

Thus, if your bus has no WiFi connectioon, it will wait until it has has, or until it passes another bus, then perhaps send the data packet to the other bus, which might, in turn, have to store until it can has Wifi, then ultimately forward the packet.

Broadly speaking, as the buses pass each other, they say "hey, if you get some WiFi access, can you pass on this data to the server?". 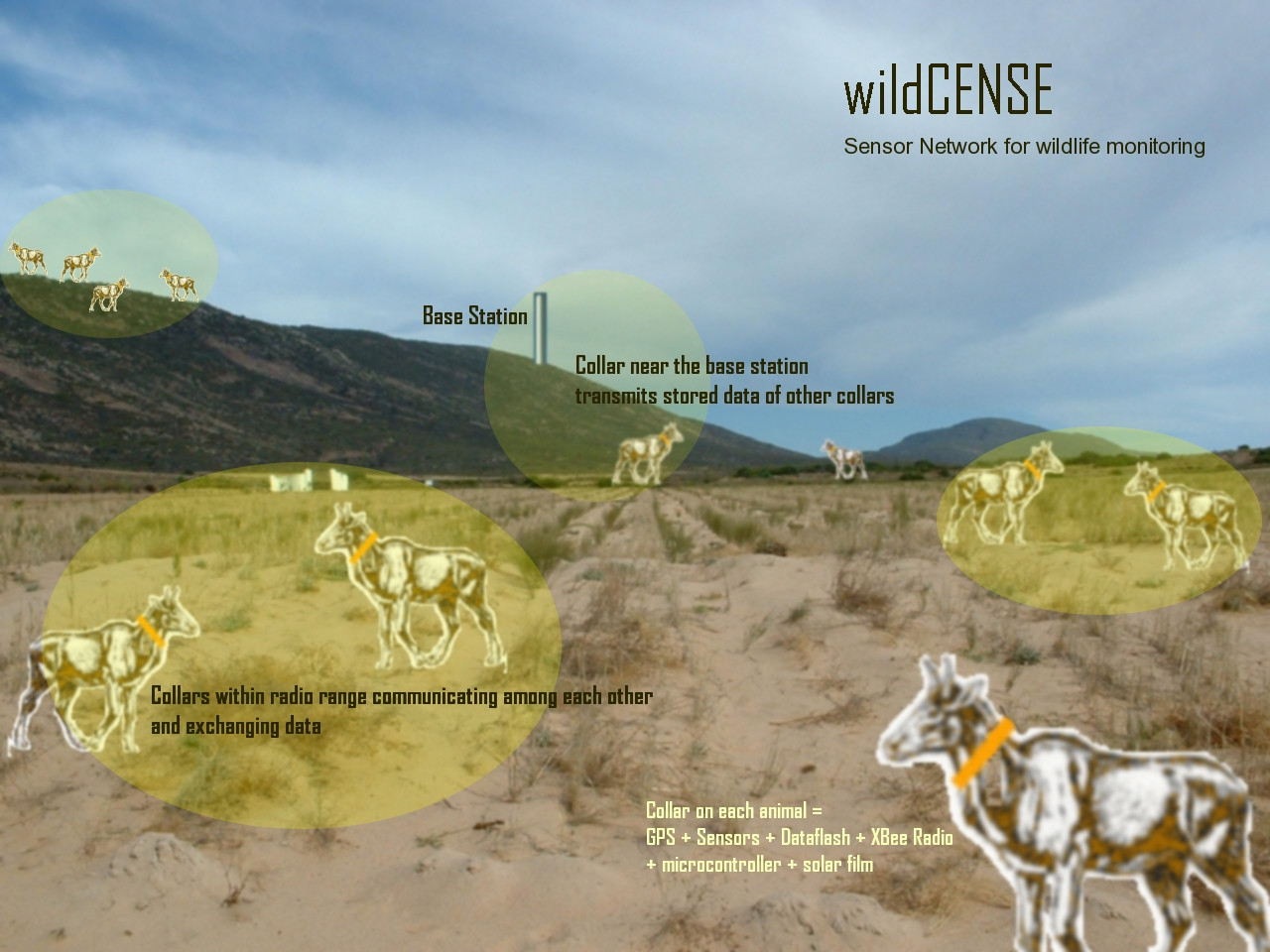 You want to get data off a moving vehicle into the cloud. A trailing cable seems a trifle impractical, so you're down to wireless. Wireless options are roughly:

Satellite is relatively expensive and a little bit tricky to get going. Point-to-point requires that you set up the other end of the link and it doesn't sound like you're up to that at this stage. LPWANs similarly require a bit more preparation that you need right now.

So it's down to cellular options. They are, again very roughly:

Your choice should have a lot to do with where in the world the cars are going and when they're going to get there. If you want it working today and in regions where mobile phones are common, then you probably want to aim towards 3G/4G/LTE/CAT-1.

With that all narrowed down, you simply need an Arduino 3G/4G/LTE/CAT-1 shield. There's stacks of them, so pick one you can easily source that is applicable to your region (has a carrier that supports it).

For a fast deploy, and proof of the concept, I would try to create a data connection of your system, with the driver's cellphone, and do the communication through it (i.e. using BLE)

The other answer to this question, are absolute correct for a product version, but will need a bit more of work.

Not the answer you're looking for? Browse other questions tagged networking microcontrollers data-transfer arduino or ask your own question.

4
Would interconnected spaceships be part of IoT?
6
Sending data from remote locations

14
Is Bluetooth 3.0 suitable for a single-master multiple-slave network?
9
Is this architecture feasible and flexible?
20
What do I need to create my own personal cloud for IoT devices?
10
How can I interface a LoraWan network with MQTT?
7
Connecting your Pi to the internet when mobile
8
IoT Setup: Bluetooth Sensor -> IoT Gateway -> IoT Platform
6
Synchronized data between Hardware's storage and Server's database
6
Sending data from remote locations
1
Remote sensor cloud connection
1
Quality water IoT system - Which device choose