Are there 6LoWPAN based smart home platforms? 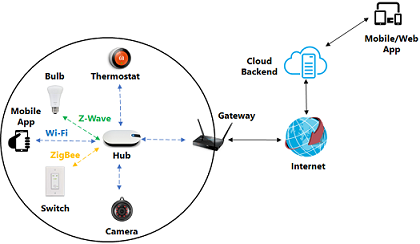 With the adoption of IPv6 protocol, thess embedded devices could be uniquely addressable, and are able to be connected directly to the Internet through 6LoWPAN Border Routers (Figure 2). 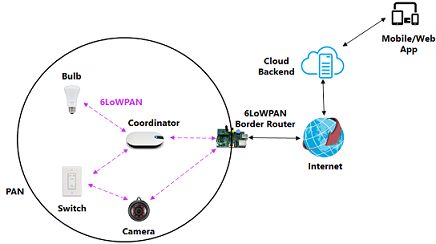 I found that all smart home platforms are implemented according to the first network architecture, either hub-based, cloud-based, or both (e.g., Samsung’s SmartThings).

I am wondering if there are also 6LoWPAN based smart home platforms in the market?
I can’t find them!

Why is this type of topology not widely adopted?

Thread is a 6LoWPAN-based protocol which is starting to get some adoption by manufacturers. As noted on their website, it's backed by various companies such as Nest, Yale, ARM and Qualcomm and is probably the most likely candidate for any 6LoWPAN implementations in future in the smart home.

So far, adoption hasn't been great though. Their website advertises a grand total of two Thread-ready devices, and these are based on a proprietary extension to the open Thread protocol, called Nest Weave.

This article talks about one of the first Thread border routers coming to market, produced by Eero, but the situation seems relatively unchanged in terms of adoption since that article was written a few months ago:

Much like Wi-Fi, Bluetooth, ZigBee, and Z-Wave, [Thread] is another way for devices to communicate wirelessly throughout the home. But unlike those well-established protocols, Thread has practically no adoption among device makers right now.

As for why that's the case, I think the obvious answer is that Thread is much 'younger' than its competitors, and the pieces needed to make it useful haven't existed for long, like the border router, so making a Thread device is a little risky for manufacturers. Hopefully this will change, and some think that Thread could potentially become very widely adopted... But it's impossible to say at the minute.

It's worth noting that competitors like SmartThings hubs which support ZigBee and Z-Wave have been around since 2013, and the ZigBee protocol itself has existed since 2005. As Thread matures, perhaps it will supplant the existing options — or perhaps, manufacturers will stick to the 'safe' options of ZigBee and Z-Wave which are having more iterative improvements than radical changes of protocol.

Not the answer you're looking for? Browse other questions tagged smart-home 6lowpan or ask your own question.

2
How is remote control of IoT devices Implemented by SmartThings?

6
Why does 6LoWPAN use additional header compression?
12
Connect to device at home network remotely
15
Why do I need hubs for some devices when automating my home?
15
How do consumer IoT devices typically enable Internet connection?
7
Can I use an ESP8266 as an MQTT broker?
10
Standards for non-Internet-connected WiFi devices?
4
Port Forwarding for non IP IoT devices
6
Techniques of remote access to non IP IoT devices
8
How do Smart Home Security Boxes work?
3
Non-internet-connected “smart” thermostat/thermometers