I created a LoRa to USB pass-through via Arduino in order to use it as a temporary gateway for development purposes. So somehow I need to know how big a LoRa packet including PHY headers is, in order to determine how long it will take my software to read and send the data on top a USB.

In order words my architecture will be as follows: 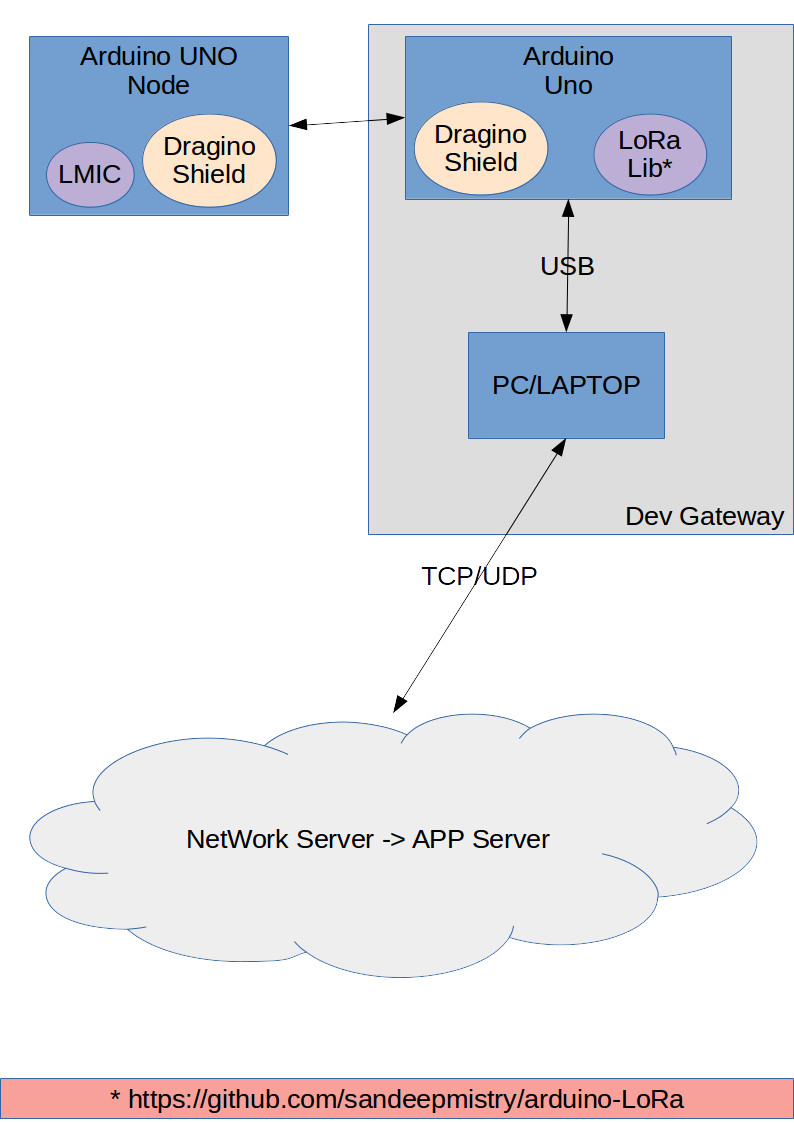 So the PC/Laptop will need to "know" how big the LoRa packet will be in order not to receive via USB countless number of bytes.

How big is a LoRa packet including PHY headers

I assume you mean MAC header? After some LoRa chip has demodulated the LoRa radio signals for you, it will give you the LoRa PHY payload. For a LoRaWAN uplink such PHY payload holds a MAC header, MAC payload and MIC.

For 1.0.x the rule of thumb seems to be that a LoRaWAN packet is at least 13 bytes larger than the application payload:

The maximum application payload depends on the selected data rate. If a node should be able to operate in worst conditions, then one should assume the worst data rate, SF12, where the node should not send more than about 51 bytes. (Where in best conditions, SF7, that might be 222 bytes.) All that also depends on the region, I think. (And things might be better when the LoRaWAN node does not use LoRa, but FSK.)

So, for your use case, I'd try not to depend on some maximum length through USB. Instead:

Not the answer you're looking for? Browse other questions tagged lora lorawan or ask your own question.

7
Is it a good option to send images over LoRa network?

0
What are the advantages of NRF24L01 when compared to LORA module
3
LoRaWAN end-to-end security with Over The Air Activation
3
The impact of LoRaWAN repeated transmissions
3
What are the datarate and ADR best practices for moving objects
2
LoRaWAN device leaving a network and then coming back... what Join behavior to expect?