Any devices that do what the Sonoff Mini R2 does, but is UL rated?

I have 2 Sonoff Mini R2's installed as a part of some remodeling work I'm doing on my house: 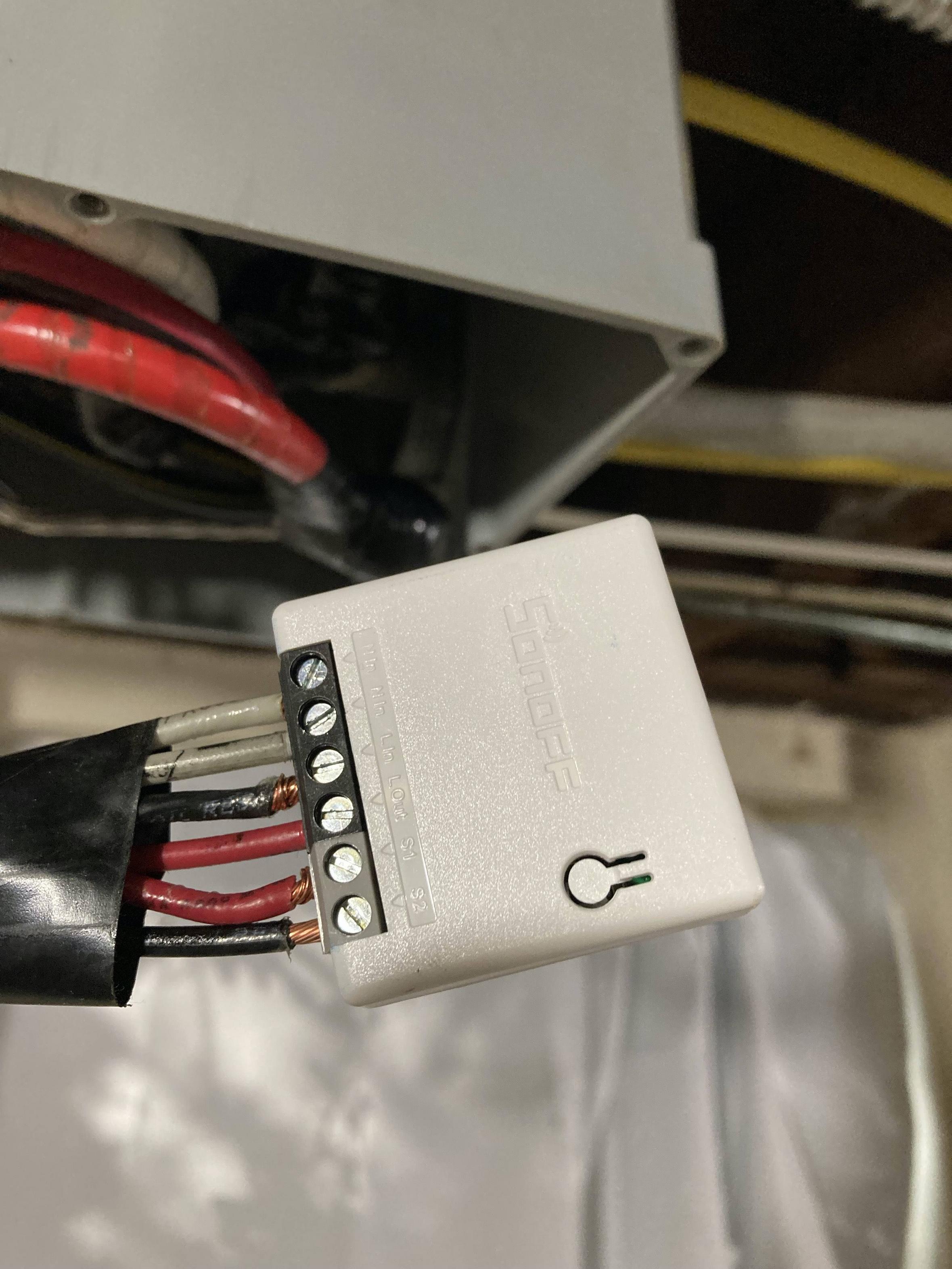 What I love about these devices is that they allow you to turn any dumb toggle switch (what Sonoff refers to in their doc as an "SPDT switch"). I like this for 2 reasons:

I know that there are smart switches out there that mimmic a "toggle-style" switch. They stick straight out and don't have the same tactile experience. Such a switch is what I will fall back to if I cannot find what I'm looking for.

So is there a device like the Sonoff Mini R2 that:

Note, the one drawback of the Sonoff Mini R2 (aside from its lack of UL certification) is that it doesn't report (/"push") when the SPDT switch is toggled, which forced me to implement a polling strategy to catch physical switch flip events and act on them for my automations.

Incidentally, I can tell why these devices don't have a UL rating. I had a heck of a time connecting my 12 gauge wires to them without them popping out. The wires for my second device as threaded 12-gauge and that seemed nearly impossible to connect securely.

I recently dug into the Shelly switches and installed my first. Most are UL certified, the 1 in particular.

The most "heavy duty" of the Shelly switches only support up to a 16 amp load, so they need to be protected by a 15A breaker, and, therefore, can be installed on 14AWG wiring. Unfortunately, they will not take 12AWG wire (as I learned the hard way). You can, however, pigtail from #12 to #14 in the box where you're installing it (so long as there's a 15A breaker in there; if it's a 20A breaker, you're out of luck either way). On the bright side, you don't need 20A to protect lighting circuits, as you'd be hard pressed (especially if you're using LEDs) to get anywhere close to a 20A load for your whole house full of lights, and most houses don't have all lighting on one circuit.

I'm not sure what the Sonoff "DIY mode" is (as mentioned in you comment), but I have mine connected to Home Assistant, not connected to the internet and have never installed the Shelly app on my phone, so they're pretty much stand alone. Once powered up, it exposes its config via a self-hosted web page where you can then configure it to use your home's WiFi, turn on internet access (mine was off by default), etc.

No, I'm not a Shelly sales rep. I spent more than a week reading up on them and found a YouTube channel with a guy who did a really nice job of explaining at a 1st grade level the differences between the different Shelly models and (in his linked blog) showed exactly how to wire each of the different relays, because Shelly's own documentation is not very clear. I'm just a happy user.

Oh, one last thing. When you finalize your wiring, make sure that you don't have any bare copper sticking out of the device like that! That's just asking for a fire-starting arc to happen between the two hot wires. For the Shellys, you do not have to strip very much insulation off, and it looks like it's the same for the Sonoff. Snip the ends of the wires a bit to ensure the insulation butts up against the device housing.

Not the answer you're looking for? Browse other questions tagged ac-power sonoff or ask your own question.

16
Is there a way to turn on large numbers of IoT devices remotely?
6
What is the working voltage range of a Sonoff Touch?
6
Controlling normal bulbs brightness using Sonoff devices
0
Are all SonOff GPIO mains isolated?