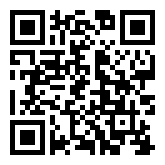 8
Set up home Wi-Fi access for a device without a screen
15
How can a device get the SSID and Password of my Network without WPS?
6
How to register an IoT device to a user account
4
How to configure Wifi on a headless smart device?
3
Choosing a microcontroller for IoT project
2
How Smart Home devices communication works
2
How to pair IoT device
0
Cannot connect to softAP hosted on ESP32 IoT device on Windows 10
3
Avoid keyboard interaction by passing WiFi credentials through phone via bluetooth