I would like to embed a simple mobile modem in my laboratory device. The capability is not really important - I want to be able to send small amounts of data and have no hard requirements on transfer speed or latency. That means that slow data is OK, text message is OK and even manual modulation over a voice line is OK.

The capability of the modem is not really a concern as much as availability (to consumers), size and price, so GSM, 3G or LTE (even NMT!) matter a lot less than whether I can get my hands on one for a reasonable price and put it in a small shell. This means I, as an individual, want to buy typically one modem at a time.

What brands, vendors and retailers can I choose from? Are there any caveats I should be aware of?

I have dealt with products from both companies so based on my personal experience I would suggest Quectel. Note that I have used only one piece of one model from both companies. Nevertheless I found Quectel's module more reliable and their customer support is helpful, they answered my questions quite fast and thoroughly. Actually everything was alright with the product. (On the other way I did not receive answer from SIMCom and there was problems.)

I have used Quectel M72, it is a minimum solution thus cheaper. You can only send SMS or use GPRS, there is no audio capability. Great choice for remote devices where there is no need for audio.

There are many other manufacturers as well, I have only listed the ones I have experience with.

As requested in comments, I am posting this as an answer.

I recommend an Orange Pi 2G IoT. They also have a 4G model.

Here's the 2G version, which is considerably cheaper & ought to be enough: 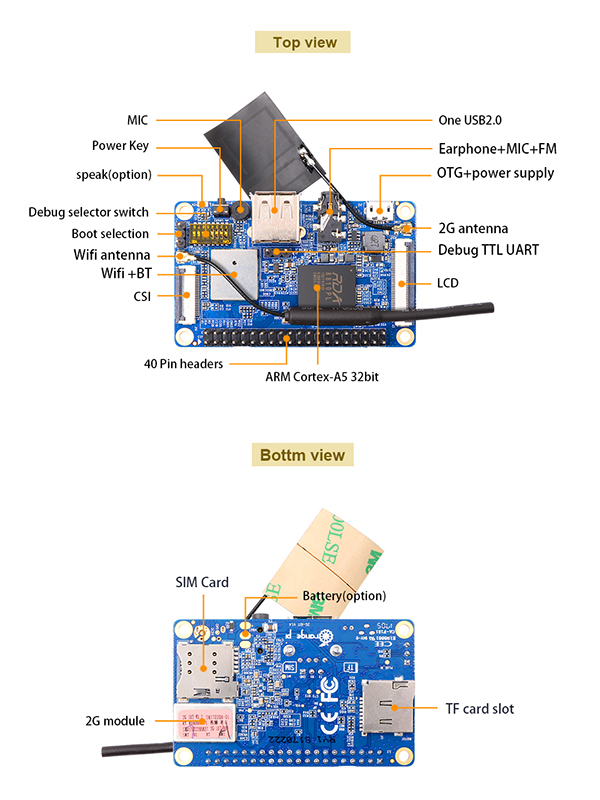 [Additional] I am very fond of the Orange Pi line, as it has long had things like a SATA controller, etc available and generally has a wider selection than the Raspberry Pi range.

However, the Onion Omega 2, is my favourite and, IMO, superior to any pi, but since it has no cellular capability is not the answer here; I just post this to help others).

Two things that make it stand out are than it comes pre-load with Linux - in flash, and that, out of the box, it acts as a sever, so that it is straightforward to connect by WiFi. Check out the spec. There is also a new version which is pricey at $49 but which has 8GB flash, as opposed to relying on micro SD card.

The Omega 2 range is not much bigger than a large SIM card. 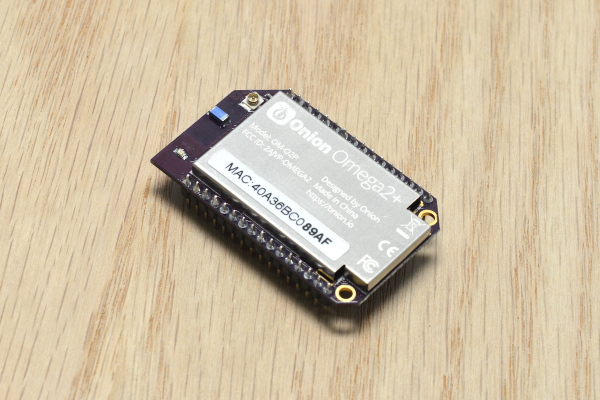 Not the answer you're looking for? Browse other questions tagged mobile-data or ask your own question.

11
Why don't we have more 3G+ modem options available?

11
Why don't we have more 3G+ modem options available?